Why is ad fraud detection a form of modern art? 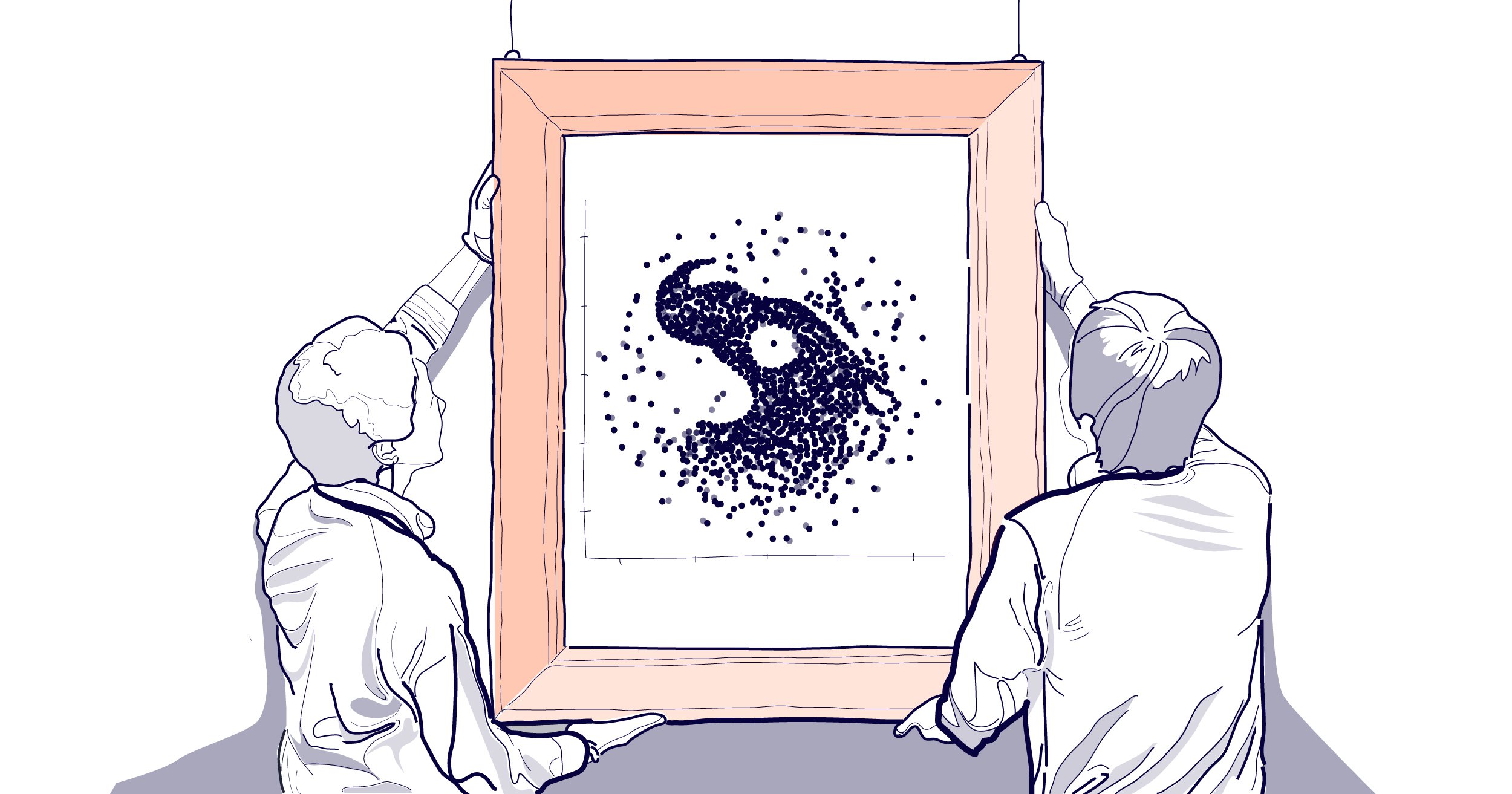 What is a masterpiece?

Google defines a masterpiece as a “work of outstanding artistry, skill, or workmanship.” But, what is considered outstanding when talking about software, analytics, or business solutions?

Near the end of 2019 and the beginning of 2020, we observed groundbreaking, yet alarming, discoveries made in AI.

Technologies such as Deepfake, which are based on achievements made on the field of deep generative neural network models, are capable of changing video sequences qualitatively, fake voices, and automatically generate non-existent news with text.

Unfortunately, these technologies don’t always fall in the right hands. In fact, they have been widely adopted by fraudsters, especially in industries with quick cash-out possibilities, such as the CPI advertising industry.

Install fraud is one of those industries where the size of potential profit attracts investors, developers, and distributors. On the bright side of the industry, there are companies that develop tools to detect fraud regardless of the technology being used.

The favorite technique used by fraudsters is to model and mimic human behavior. Modern smart bots can scroll pages, wait for specific in-app events, selectively click on ads, pass through game levels, and even make payments.

To catch these smart bots, it’s necessary to employ efficient AI algorithms that determine repetitive patterns within millions of data points, even if those patterns are also AI-generated.

It is very important to not only find artificial traffic but to also make sure there are no false-positive results.

Scalarr has 3 divisions that cover this:

Researchers that detect anomalies in data streams with millions of installations and events can be thought of as a modern version of Sherlock Holmes, whose observation and logic led him to draw extraordinary conclusions from fairly ordinary events.

Much like Sherlock Holmes, Scalarr’s team of analysts have their own Dr. Watson - AI technology.

The Machine Learning team develops new AI models and trains them. The team’s task is to maximize the accuracy of the split between genuine, human-generated traffic, and fraudulent traffic.

The creation of these intelligent models is an art form in itself. In essence, the system should make conclusions knowing that fraudsters try to blend in with human traffic, which also changes its behavior and is very unpredictable by nature.

Think of it this way: It’s as if a judge passes tens of thousands of sentences per second in a country where laws change multiple times a day. Sounds complex, right? 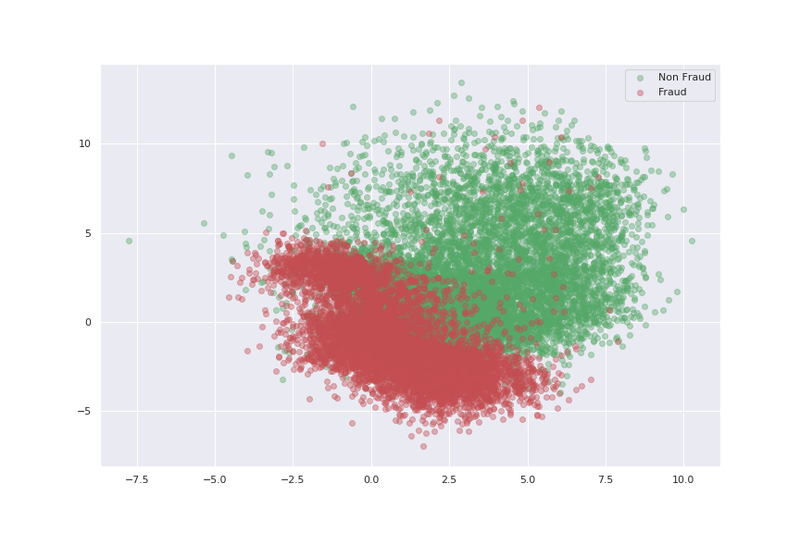 The team of analysts validates and controls the results of the Research and Development team as well as the Machine Learning algorithms.

While it’s not art in the traditional sense, the work it takes requires tons of skills and technical prowess. Consider analysts as literary critics, with an analytic bias, that would never release a report into the world without making sure it meets the highest, most state-of-the-art, standards.

In the art scene, appreciation is oftentimes a subjective parameter. At Scalarr, the team appreciates results based on three precision indicators: 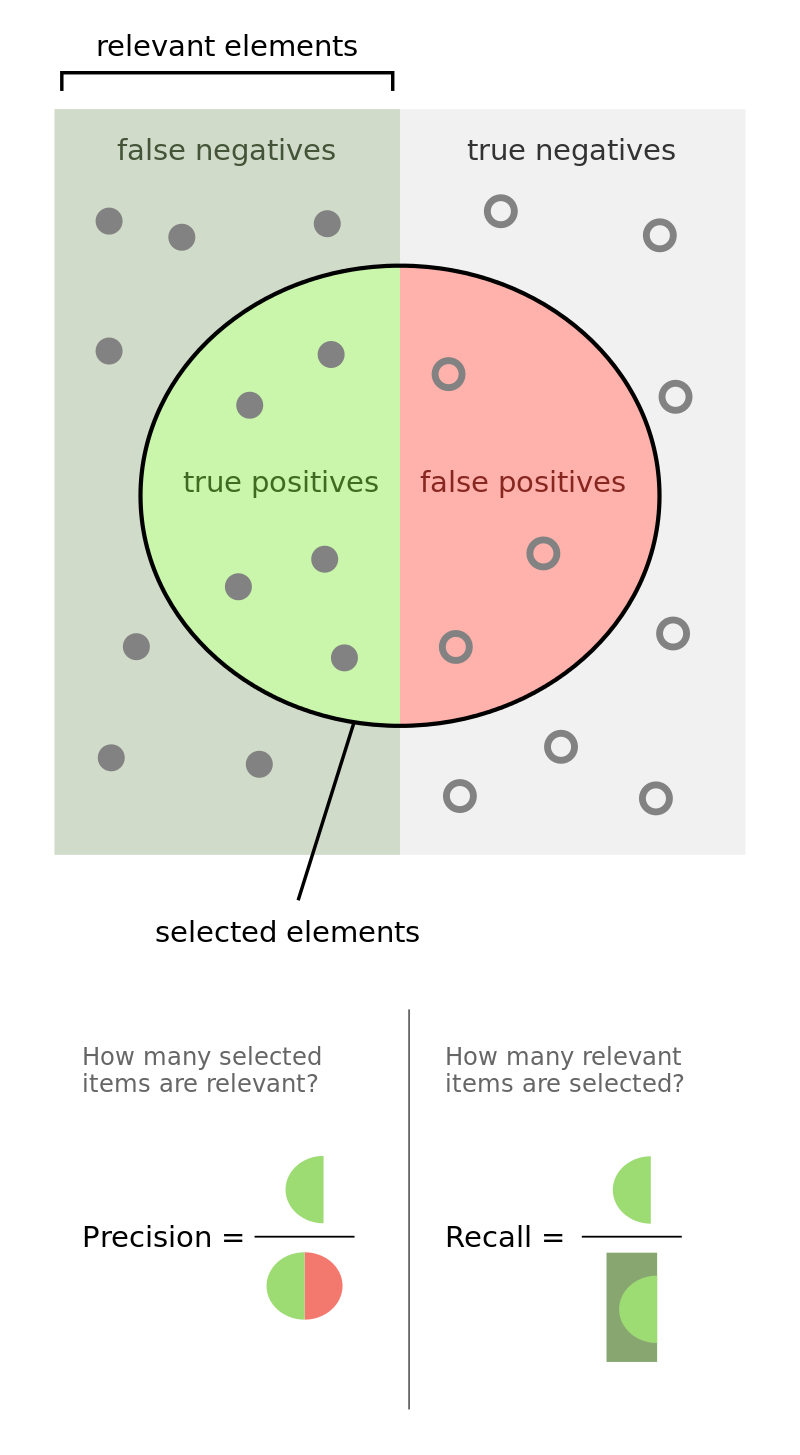 Of course, these are good results in the fight against fraud, as we consider that our opponent can also be using AI weapons and/or cheat codes. We can even say that this is our understanding of outstanding artistry.

In the true sense of a masterpiece, our Machine Learning algorithms can produce stunning data visualizations. Like the “Mr. Squid” pictured below: 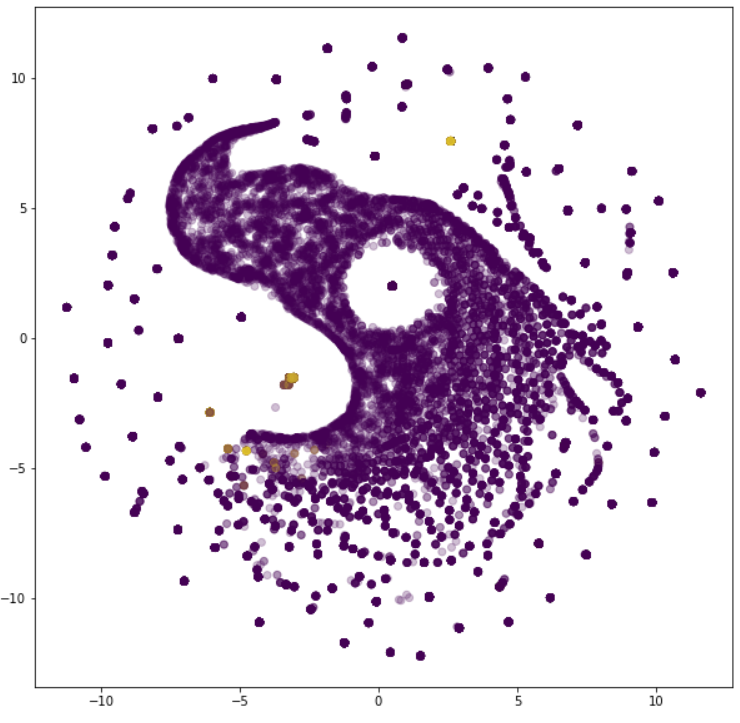 Or the eye-catching, “Bouquet of Fraud” 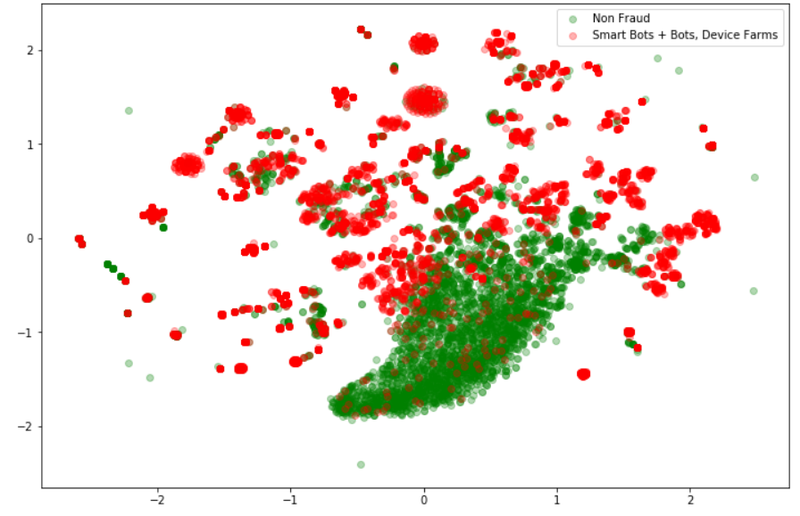 Art is everywhere, even hidden in fraud patterns.

Do you want to know what kind of artwork can be generated from your traffic? Take our quick test and find out!

This piece was co-authored by Serhiy Protsenko, Data Scientist at Scalarr, and Sergii Rizvan, Head of Machine Learning at Scalarr.