Products
Scalarr Protection Suite™
The most accurate and iOS 14.5-friendly
mobile install ad fraud detection suite
GameAI™
Cutting-edge, AI-driven testing tool
for game development
Technology
Scalarr Neural Networks
The power of neural networks against
fraudsters and how we use it
Unsupervised ML
Automated, personalized machine learning
models that detect any fraud patterns
Semi-Supervised ML
Large-scale machine learning without
sacrificing anti-fraud accuracy
Key Knowledge Database
Maximum accuracy and deeper
understanding of the fraud crime rings
Blog
All topics
Latest articles, news, and insights from the
world of advertising security
iOS 14.5 Insights
Fresh updates, tips, and guidelines about
iOS 14.5 and SKAdNetwork
Articles
Everything you need to know about ad fraud
and how to fight it
Customer stories
Read how companies like yours use Scalarr’s
solutions and save budget
News
Latest news about our products,
functionality updates and newest releases
Interviews
Narrative straight from our clients on how
they got their campaigns free from fraud
Reports
Dive deep into the world of ad fraud with
our reports based on real data
GameAI
Everything you need to know about
AI-powered game development
Company
About Us
Learn more about Scalarr, our team, and
how we got where we are now
Careers
Want to join our team? We’re always looking
for talented people, so drop us a line!
Request Trial
Blog / Customer stories

How We Help ZiMAD Save Marketing Budget & Secure Revenue 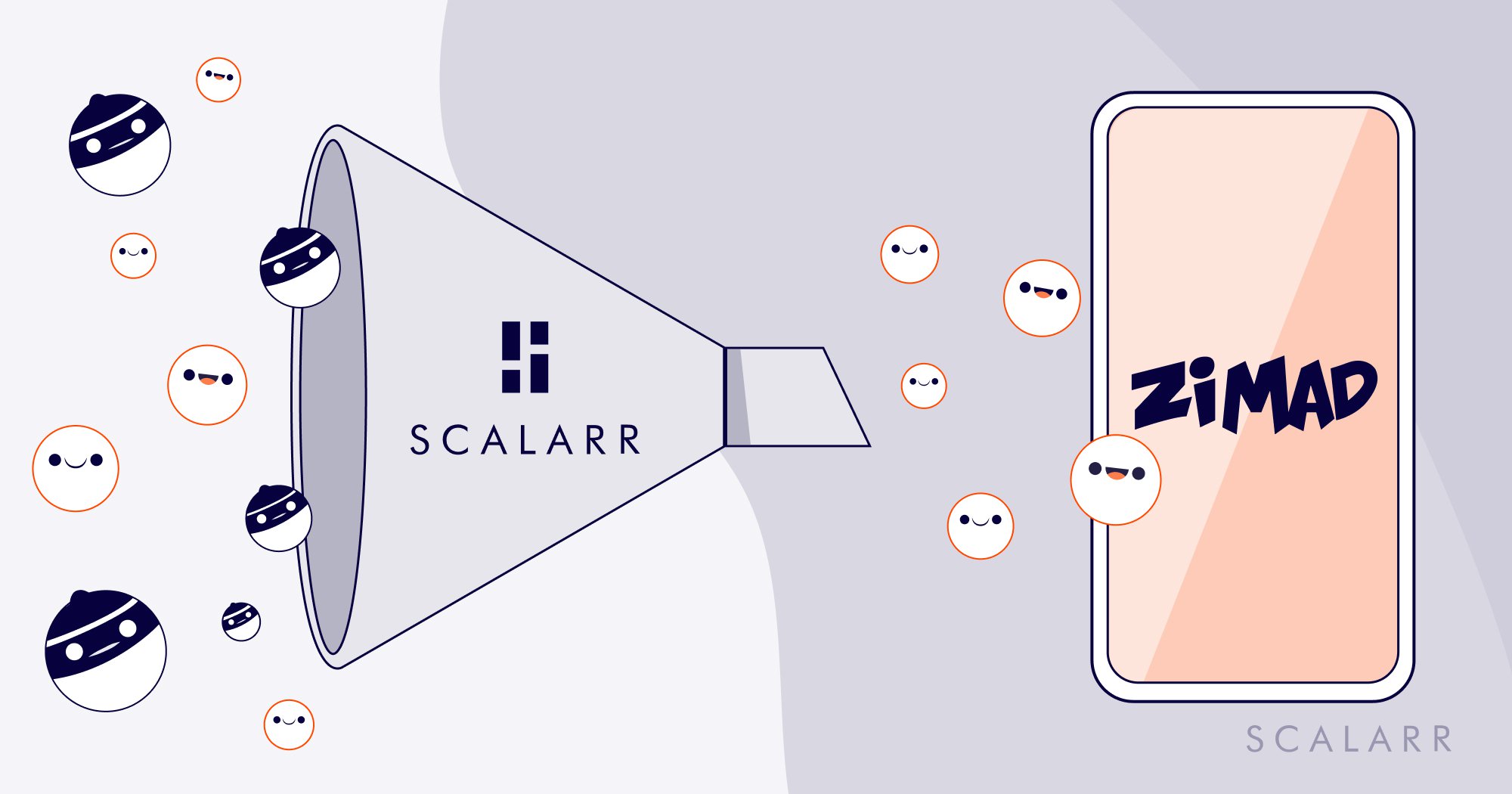 Scalarr is a form of insurance, a parallel layer of protection for us that allows us to cover all the traffic we buy and be more confident when it comes to our acquisition channels since we always have proof in case something goes wrong in terms of fraud.
— Natalia Demochkina
UA Manager at ZiMAD

ZiMAD is one of the biggest mobile game publishers specializing in popular casual games who has been in the interactive entertainment market since 2009. The company is focused on creating unique mobile gaming experiences loved by millions of users all over the world.

ZiMAD is the creator of the most popular digital collection of jigsaw puzzles in the world, Magic Jigsaw Puzzles, as well as other popular titles like DigOut!, My Museum Story and the multi-year series – Bubble Birds. These products have a multimillion audience that is constantly growing, and paid acquisition plays a critical role in this continuous growth.

The company invests heavily in paid acquisition, and we are not only talking about so-called trusted sources, like Facebook and Google. To scale, the company is ready to test any traffic sources, including more or less risky ones, which are frequently prone to fraud.

Scalarr has a long history of cooperation with ZiMAD which started back in 2019. At the time, the Scalarr Protection Suite helped ZiMAD significantly reduce the percentage of fraud, and their User Acquisition (UA) team decided to pause their subscription since the remaining amount of fraud was very small and was partially covered by their MMP.

However, ZiMAD’s UA department is always looking for new partners, and in 2020, due to the COVID-19 crisis, their team has been maintaining an aggressive user acquisition strategy to keep their success levels for their titles.

“The goal of the UA department is to always find new partners to buy traffic from, but of course, it’s not always possible to predict the results of the cooperation.”

During 2020, ZiMAD’s UA team tested a lot of new traffic sources of different sizes and, of course, quality. Those include: 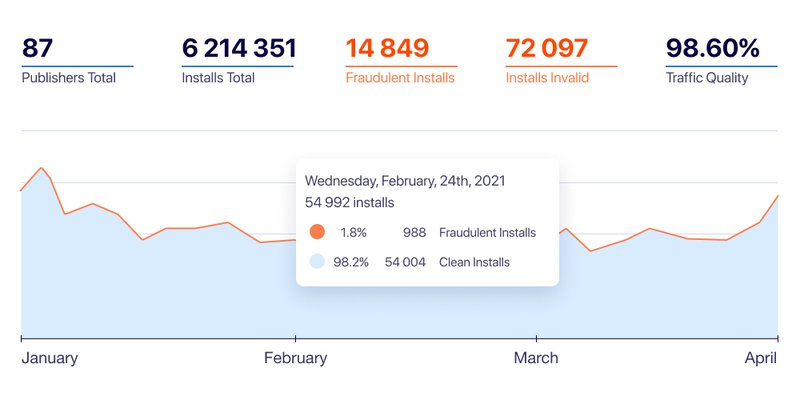 The number of new tests varied and reached 10 or more new partners a month. Usually, there is a certain trial period during which a new partner provides ZiMAD with an agreed number of test installs or a certain budget of about $5-10K is allocated to test the network.

As a result, the ZiMAD team discovered that some of the installs purchased from new sources produced odd and suspicious behavior, and it was obviously not the behavior of real players, even though these installs were not always indicated as fraud by the MMP.

“Oftentimes, we saw that the traffic from new partners was anomalously active; for example, some of those installs were generating massively big purchases, and we couldn’t always track if they were going to be returned.”

Overall, it’s possible to discuss with a traffic provider and find a solution together, but hard evidence like reports provided by Scalarr is something that on many occasions helped turn the situation in ZiMAD’s favor.

Every month, when ZiMAD user acquisition teams summarize monthly costs, they use Scalarr’s fraud reports during refund negotiations. During the first quarter of 2021, Scalarr found 13,163 fraudulent installs and helped return precious dollars of the marketing budget. 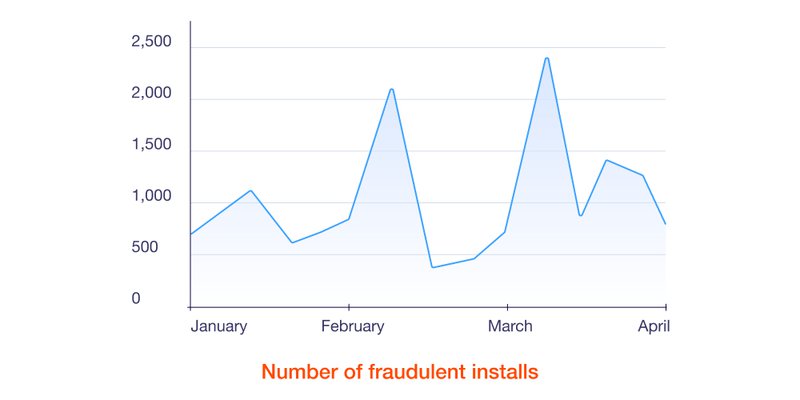 “Scalarr is a form of insurance, a parallel layer of protection for us that allows us to cover all the traffic we buy and be more confident when it comes to our acquisition channels since we always have proof in case something goes wrong in terms of fraud.” 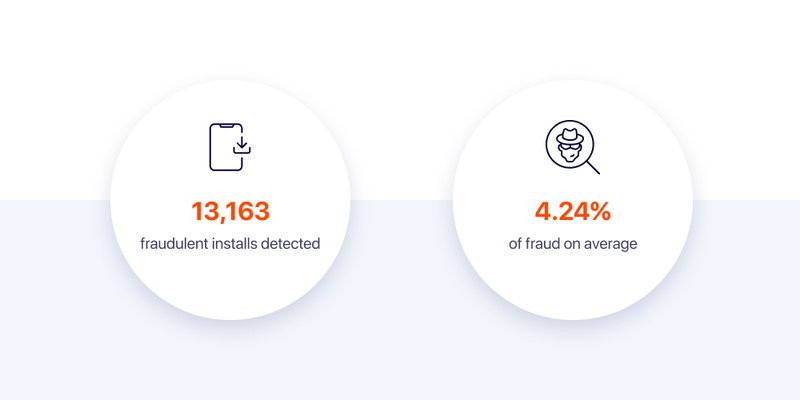 Even though the fraud detection reports provided by Scalarr play a significant role in saving ZiMAD’s budget, our cooperation with them is not just about information and numbers. If needed, Scalarr CSM managers are always ready to step in and help with negotiations, explain certain moments to traffic providers and help reason with them. Since our team has tremendous experience in refunds negotiations, in most cases the resolution goes in ZiMAD’s favor.

Moreover, Scalarr helps ZiMAD keep a bold and proactive approach to user acquisition, test a lot of new sources, find the best ones, and remove bad actors. Scalarr fraud detection reports help UA managers be more confident about the traffic they buy and quickly understand which partners are trustworthy and which are not within the first test, avoiding sufficient investment. 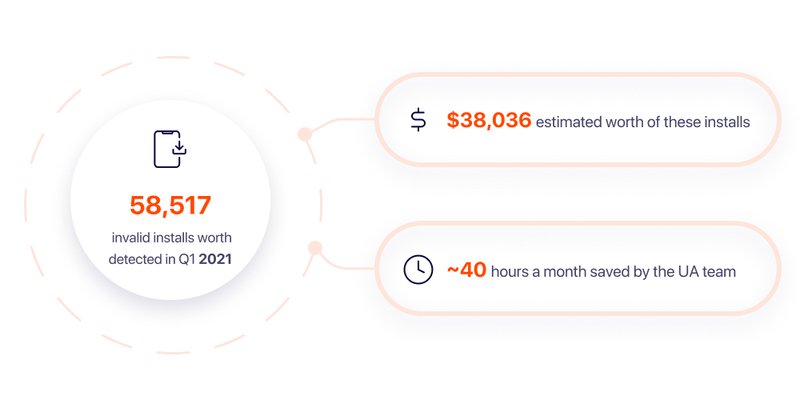 It can be hard and time-consuming to make sure all the traffic comes from the needed locations and is properly targeted without special tools. Moreover, it’s impossible to spot ad manipulation. Now, ZiMAD can save time and see which installs are actually organic and have been wrongly attributed to paid sources. 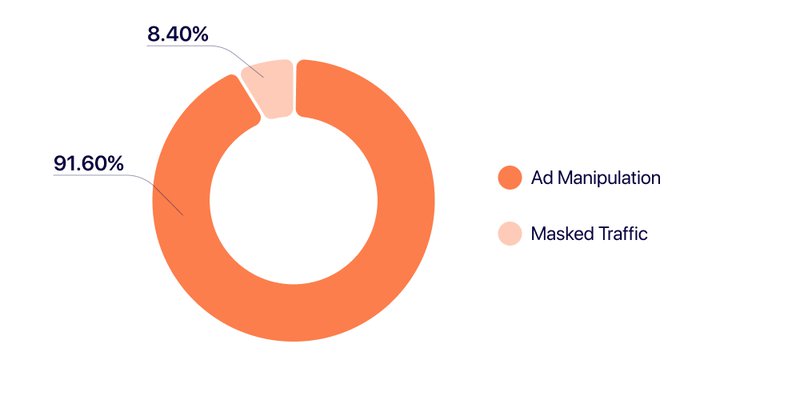 Impact of Fraud on Budgets and Monetization

Based on the GameAnalytics report for 2020, an average 28 days retention rate for puzzle games (ZiMAD’s primary genre) is 8%, and an average ARPDAU - $0.05.

During the first quarter of 2021, Scalarr detected in ZiMAD’s campaigns 13,163 fraudulent installs and 5,937 invalid installs of ad manipulation.

On the other hand, based on the retention rate and ARPDAU, we can calculate the potential revenue of those installs. Twenty-eight days’ revenue per one user is:

which gives us an estimated revenue loss from fraud and ad manipulation of $29,032.

Taking into account a market average CPI, we may assume that per every dollar spent on fraud or ad manipulation, ZiMAD, as well as any other advertiser, may lose almost $2.50 in revenue*! 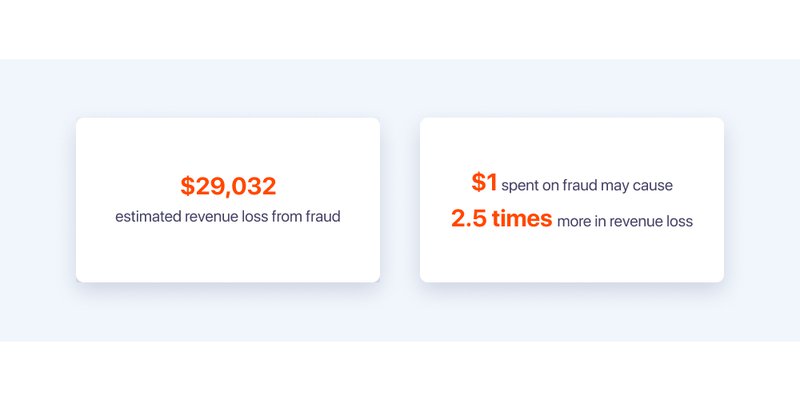 *For confidentiality purposes, we didn’t use ZiMAD’s actual metrics. These estimations are based on the actual fraud statistics for ZiMAD according to Scalarr Protection Suite and industry average metrics.

Like many other publishers, ZiMAD is getting ready for the iOS 14.5 privacy changes that are going to restrict attribution on the iOS platform.

“Of course, we are expecting changes and performance fluctuations, but we are confident that a proactive approach to LAT and IDFA waterfalls will help us to maintain high performance.”

Apart from affecting attribution in general, iOS 14.5 also makes it challenging to detect fraud. Even though some fraud types become obsolete in this new environment, many publishers, including ZiMAD are slightly concerned as to whether the activity of device farms and other fraud types that are not affected by iOS 14.5 will increase. In this situation, the ZiMAD team considers Scalarr Autoblock to be another layer of protection that helps filter apps that are known to be fraudulent and block this traffic from permeating their acquisition funnel in most of the networks. 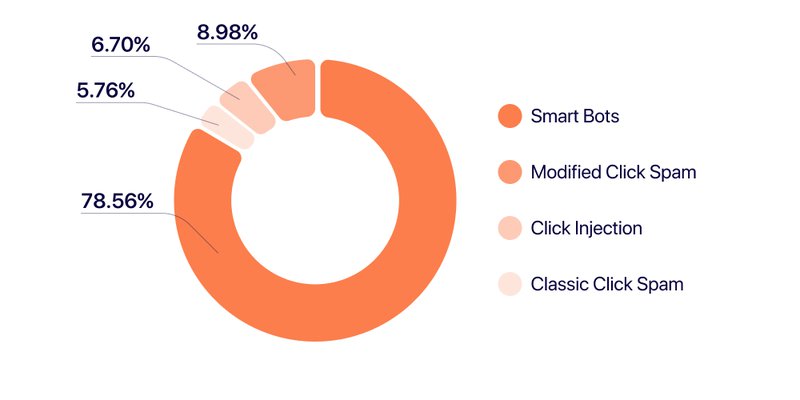 In addition, since some fraud types will cease to exist on the iOS platform, fraudsters may double down on their criminal activity on the Android platform to keep earning money, that’s why double-checking traffic and additional insurance from fraud is very important to keep traffic clean.

The Scalarr team is happy to work with ZiMAD and happy to report that during Q1 of 2021 Scalarr Protection Suite helped them: