We Stand with Ukraine
AI EdgeLabs™
Protection Suite™
Technology
Scalarr Neural Networks
The power of neural networks against
fraudsters and how we use it
Unsupervised ML
Automated, personalized machine learning
models that detect any fraud patterns
Semi-Supervised ML
Large-scale machine learning without
sacrificing anti-fraud accuracy
Key Knowledge Database
Maximum accuracy and deeper
understanding of the fraud crime rings
Blog
All topics
Latest articles, news, and insights
from the world of advertising security
iOS 14.5 Insights
Fresh updates, tips, and guidelines
about iOS 14.5 and SKAdNetwork
Articles
Everything you need to know about
ad fraud and how to fight it
Customer stories
Read how companies like yours use
Scalarr’s solutions and save budget
News
Latest news about our products,
functionality updates and newest releases
Interviews
Experts, executives, and clients talk
about the mobile security landscape
Reports
Dive deep into the world of ad fraud
with our reports based on real data
Company
About Us
Learn more about Scalarr, our team, and
how we got where we are now
Careers
Want to join our team? We’re always looking
for talented people, so drop us a line!
Request Trial
Blog / iOS 14.5 Insights & Post-IDFA Future 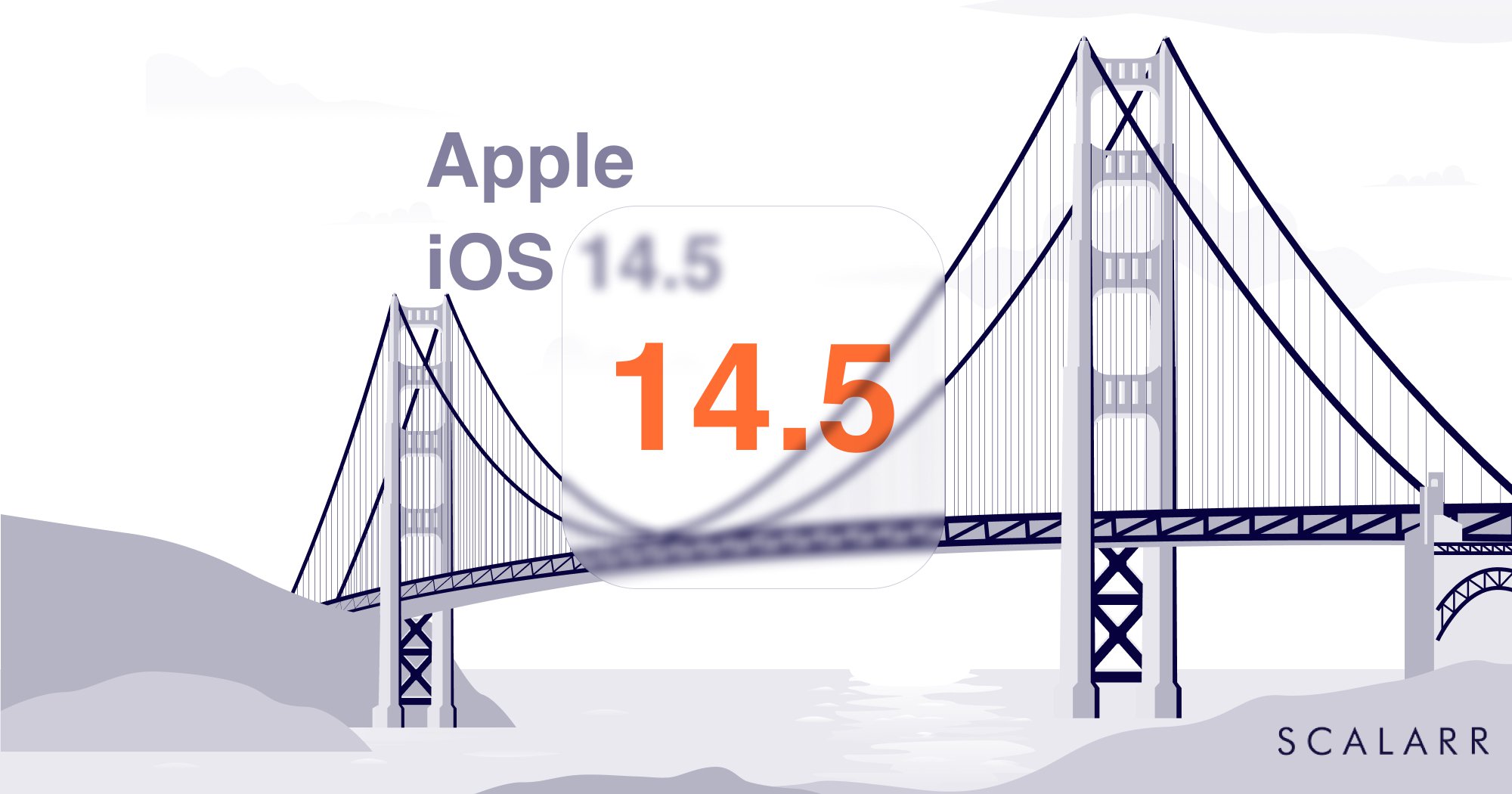 With enough changes in 2020 to last a lifetime, there’s still plenty more to unpack, both good and not so good. Specific to the mobile industry, Apple made quite a splash mid-last year with its iOS 14 announcement surrounding the near-demise of IDFA; now, more changes are on the horizon with the release of iOS 14.5 which we can expect in the early spring.

For years, Apple has built a brand around user privacy, making it crystal clear that they are adamant about doing whatever it takes to protect their users.

As an anti-fraud solution, Scalarr deeply respects Apple’s efforts to not only improve personal data privacy and create a new generation of ad tools that can replace existing models based on IDFA, but we also commend them for putting forward several anti-fraud initiatives designed to protect advertisers against attribution fraud.

Due to the fact that Apple is shutting down global deterministic attribution, 3rd party ad fraud detection services will not be able to offer 100% coverage to the ad funnel. Fraudsters will have more and new opportunities to go all in and target highly lucrative rates of IDFA-enabled installs or go the route of non-IDFA shadow scams. For example:

Surely, some of the existing fraud patterns will turn obsolete in this new environment. For example, fraud types like smart bots will be eliminated by the new changes.

As a result, mobile app companies will find it challenging to keep their marketing budgets optimized, and in some cases even staying in business. It may have a negative effect on ad revenue, which may result in higher pricing for user acquisition while also limiting ad fraud detection.

Smaller businesses and independent developers may get the short end of the stick while medium to big companies may need to consolidate around ad tech and content development to get the most out of IDFV.

Once iOS 14.5 goes live, it will be very challenging to analyze data for fraud for the majority of iOS installs.

As deeply involved and committed fraud-fighting advocates, we share the pains of the industry related to Apple’s upcoming changes and we recognize that this is not a simple time for anyone in the industry. Still, much like we always do, we will find a way together to face this new reality head-on and do our best to keep the mobile ad industry protected from ad fraud.